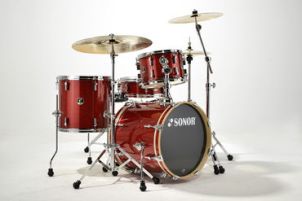 Mark uses ZILDJIAN cymbals.  Some of his most commonly used are:

SNARES:  Some customized by Ross Garfield at the Drum Doctors…L.A.

BEATER COMPARISON. Although I thought the beaters were ‘too’ centered to the drum and foot technique would also make a variant…..

My Drum Kits…Then and now.

Previously I wrote about trends and favorite cymbals in the article below. Now as the NAMM show of 2016 approaches, I await the ‘new’ innovations, but hearken back to the yesterdays. SO I thought I would share the trends that I was sometimes ‘forced’ to embrace and some that I long for and some that are timeless and love. 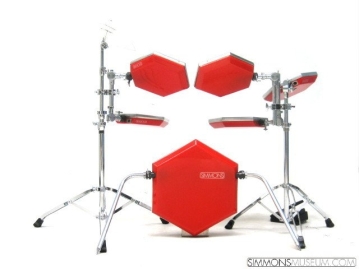 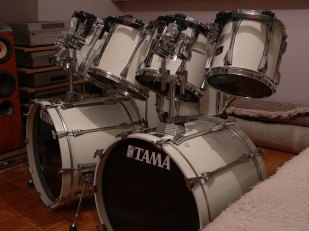 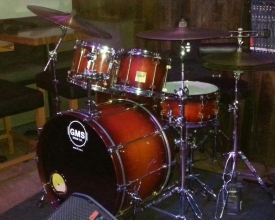 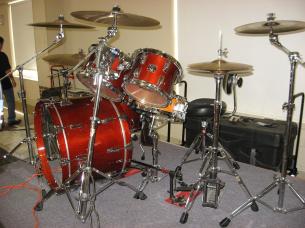 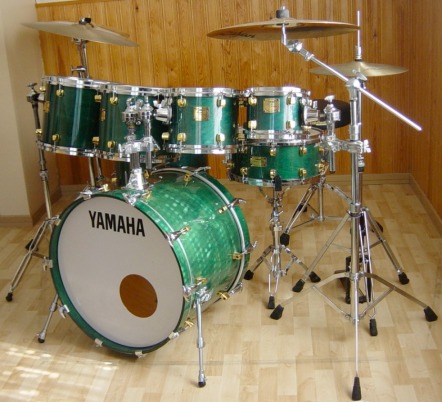 There have been so many trends in drums over the years; it’s laughable. Some is style and the in vogue thing of the time. Cymbals though, for me, have evolved not only from these things but from my technique and my ears maturing from working so many live and studio sessions. I have come full circle on many of my cymbal choices. So I thought I would share.

Before I get started I will state that I am a ZILDJIAN guy. The reason for this is, I’ve always loved their product and that they have been supportive through my life, from my Scholarship at Berklee to the now three levels of endorsements I have had with them. I think there are some GREAT cymbal companies out there; making neat items, but my heart belongs to the people of Zildjian.

So when I started drumming there were two types of cymbals….Garbage can lids and pro line. There wasn’t the in-between items like Zildjians ZBT’s, Sabians, B8’s etc. So when I drove my mother to near insanity asking for a drum set she was forced to purchase pro line cymbals. I was directed by a guy in the store to buy Zildjian’s “New-Beat” Hi-Hats; now for some history on these great hats. The late great Lennie DiMuzio who was Zildjian’s artist relations man, was influenced by demands of drummers for a Hat that possessed a louder ‘CHICK’ sound. So along with cymbal tester, Leon Chiappini. he developed a medium heavy bottom and a thin top. They became a hit with drummers in various genera’s in the early ‘70’s. (Mine were purchased in 1978). I played those hats until the music changed to drummers using Hats that had a very quick chick sound; fighting the drum machine sound of Hats. I tried Quick Beats, a ZILDJIAN Hat that was 13” with the bottom having no bell and 4 holes cut out in it. Thought they sounded good, but was directed by my old friend Donn Denniston , who at the time was the ‘drum guy,’ at my favourite local store to try something different. He pulled out a pair of PAISTE 602 Extra Heavy 13” Hats. He informed me that was the Hats that Stewart Copeland (the Police) was using. Being a big Police fan, I loved them. They mixed well with the SIMMONS drums I was forced to use in the mid ‘80’s. I used those hats until 1994. While I was at Berklee and deep into jazz I used them for the fusion that was popular then, but was introduced by the late great Jack (of Jack’s drum shop fame in Boston) to a 1950’s pair of Zildjian Hats. I never knew if they were K or A, but they were thin and musical and fit the traditional jazz well. By the early ‘90’s my touch and approach still lent itself to 13” hats, but I had grown weary of the “thin” sound of my PAISTE hats. I had a chance to visit the ZILDJIAN factory where I was on a mission to find a crash to replace an old 16” thin A from the late ‘70’s that had seemingly been ‘ played out.’ I was also on a mission to replace those PAISTE hats (especially after the scholarship and my first endorsement.) I tried many hats and at that time greatly influenced by Dave Weckl and Vinnie Colaiuta, I choose what they were playing, a set of ZILDJIAN K/Z 13” Hats. I used these from 1995-2011 as my main Hats; and then my ears changed again as well as my technique. Although I still use those K/Z’s today, uncleaned and gathering dirt (I believe that cymbals take on different mellowing characteristics this way), my go to Hats now for POP, Rock, Country, etc. is back to the same cymbals my mom bought for me back in 1978…NEW BEATS. I have the reinvented A’s. The A’s in the mid to late ‘90’s through 2013 where not my favourite. During the ‘90’s-though most of the 2000’s there wasn’t a regular A on my kit! Zildjian has redeveloped the A more toward the way they were spec’ed out in the ‘70’s.

Wow….have I gone through some rides!! My first ride that my mom bought me was a rock ride 21” This wasn’t necessarily only used for rock as Ed Shaugnessy used it on the Tonite show in the ‘70’s and early ‘80’s. A medium/heavy ride with a somewhat large bell. I liked it but always seemed high pitched so my grandmother and I went to a drum shop in Dearborn MI. It was claimed to be one of the oldest drum shops in the country and it was run by a bruiting old guy named George. He showed me a ride that ZILDJIAN just made that was supposedly endorsed and used by the great Steve Gadd. Actually Gadd was using an old K ZILDJIAN at the time with a little cracked chunk out of it. It was called the deep ride. It was an A but had some small hammer marks in between the laths. I never really like this ride either as it had a weird funky ‘under tone’ to it. I used a little tape in varying degrees, depending on the type of music I was doing. I used this ride at WESTERN U and BERKLEE and after. Now After Berklee, and playing mostly the pop of the day, Rides weren’t being used much, so my dislike for it wasn’t that much of a problem. I used this cymbal until 1990. There was one ride that I used as well in this time. On one of my many visits to the ZILDJIAN Factory I choose a 22” Ping ride as I was getting ready to embark on a summer tour with Mitch Ryder, who was a rocker from Detroit and the band was LOUD. After that , around Late 1988 I was getting hired by jazz groups and Pop Showbands and by 1990 found an outlet of new income called country (which I had NEVER played in my life). Neither rides were cutting it! Vinnie C and Dave W. had been recruited to help ZILDJIAN create a ride. In those days, even in fusion Jazz, rides were making a comeback, but where to be “felt more than heard,” especially when crashing or ‘shanking,’ on them, so onto the K Custom 20”. Again at the Zildian Factory, I tried many rides and after going through about 4 K Customs, I FOUND IT !!! I used that ride on so many Live a recording sessions throughout the ‘90s and through to 2014. I was invited on input to a new K custom. I was the last to receive a proto type that had been handled by the likes of Peter Erskine, Adam Nuassbam, Steve Smith and Manu Katche, amongst others. There were re-lathed marks, writing, tape and removed tape marks all over it. After my suggestions, I was instructed to send it back to Zildjian. After a few months I inquired what happened to that prototype. It was still there and was told I could have it! I paid for the shipping and the ZILDJIAN people where nice enough to clean it up the best they could and re logo it. I use this sometimes to this day and used it for Jazzy and lighter stuff from 2000. So by 2011 I longed for a ‘washer’ ride. It was the in thing but I just loved how that 1990 K custom felt in my hands. In 2013 I was doing a ‘house’ gig that was mostly country and again grew weary of the sound. That ride had loved SO much was a thorn in my side now. I wanted a ride that was brighter and ‘washy,’ but with some stick definition. I had no time or resources to visit the Zildjian factory that year. The artist relations man at Zildjian, John DeChristopher( who had just retired) suggested I check out the sweet ride. I had tried this ride before in 2004 and didn’t like it. So I headed out to many drum stores in search of them. After trying many I found one that was a little heavier than most. It was 21” and was based of the ‘late ‘70’s Rock ride and the Armand Sweet ride as well had characteristics of ZILDJIAN standard A Medium ride. It was very similar to the first ride I had, that old Rock ride 21” but it had a prettier sound and a more pleasing bell tone. I thought to my self…”hmm, coming back full circle”. Now besides that I have a new ZILDJIAN KEREOPE 20”. I remember back in the ‘80’s and ‘90’s drummers were pawing off these cymbals that Zildjian created in the ‘50’s. Most were K’s, some were A’s, but they were Dark and washy. I purchased the first reissue of the K’s in 1983 in a crash/ride. It was reminiscent of that sound. I used it throughout college but discarded it into the closet for most of the ‘90’s on. I recently brought it back out on my Jazz kit as it marries up with my new (old) Kerope beautifully. I remember encountering one of these rides at Jack’s drum shop in 1987 and thinking, “what an old cruddy sounding cymbal.” I laugh today at the thought that I love this sound.

I’ve gone thru TONS of crashes ! My ear has always enjoyed a full body crash lows and highs, probably why I have never used some of the other companies as they were either to muffled sounding or to ‘hissy’, with no low end. My original crashes that my mom bought with my first set were: an A thin 18” crash and a 16” Medium thin. So I like bigger crashes but by the ‘90’s I was using 15” and 17” Also by the ’90 I was not using A’s as I stated before I thought especially by the mid ‘90’s A’s kinda, well….SUCKED. I was told by the good people at ZILDJIAN that they had not changed anything in process of making A’s. I just knew they did and was vindicated just recently that yes, they were concentrating on all the new lines and were ‘skimping,’ on the A’s; hence the reason for the new re-invented A. By the ‘90’s the only A on my set up was a 1983 18” A Swish( a flanged cymbal like a china.) Everything else was A Custom, K’s, and K Customs. Again going back full circle I now use on my ‘modern’ live kit a beautiful re-invented Medium thin 18” , a 21” sweet ride and the 14” new Beat A’s. Still using A custom and K Hybrid crashes as well.

A GREAT video of how valuable Paul Francis has become to ZILDJIAN. 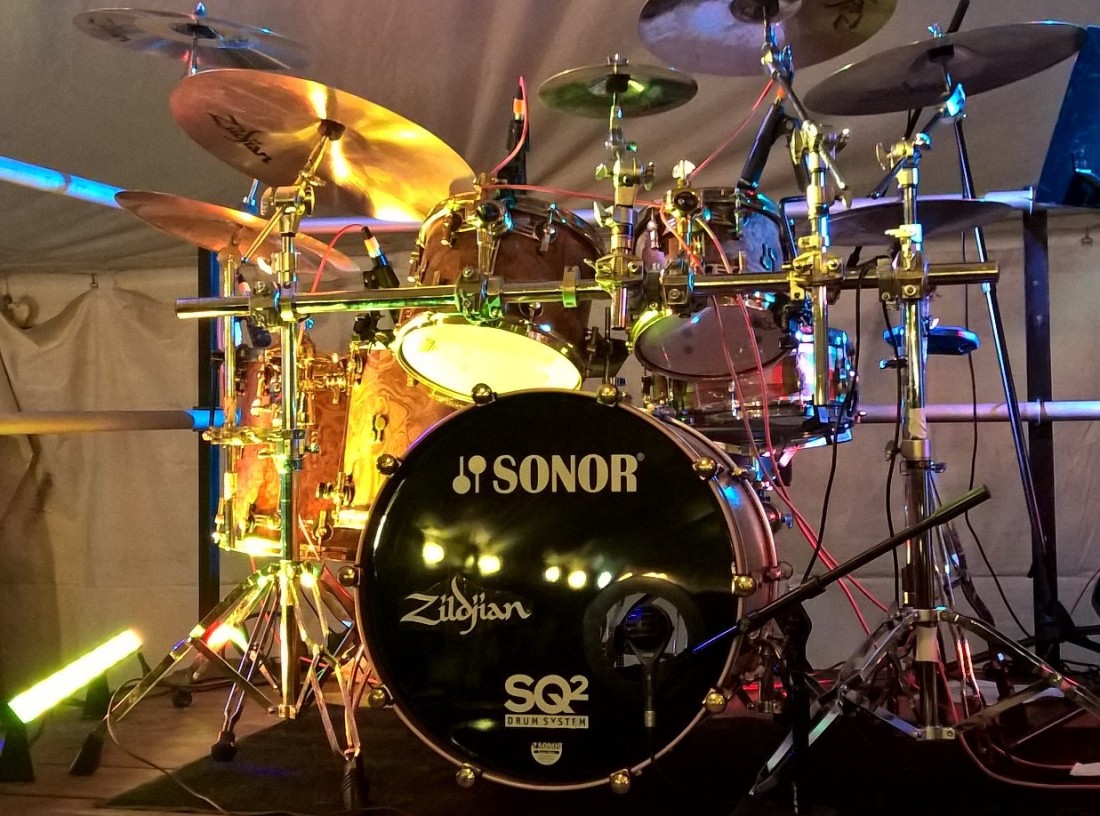 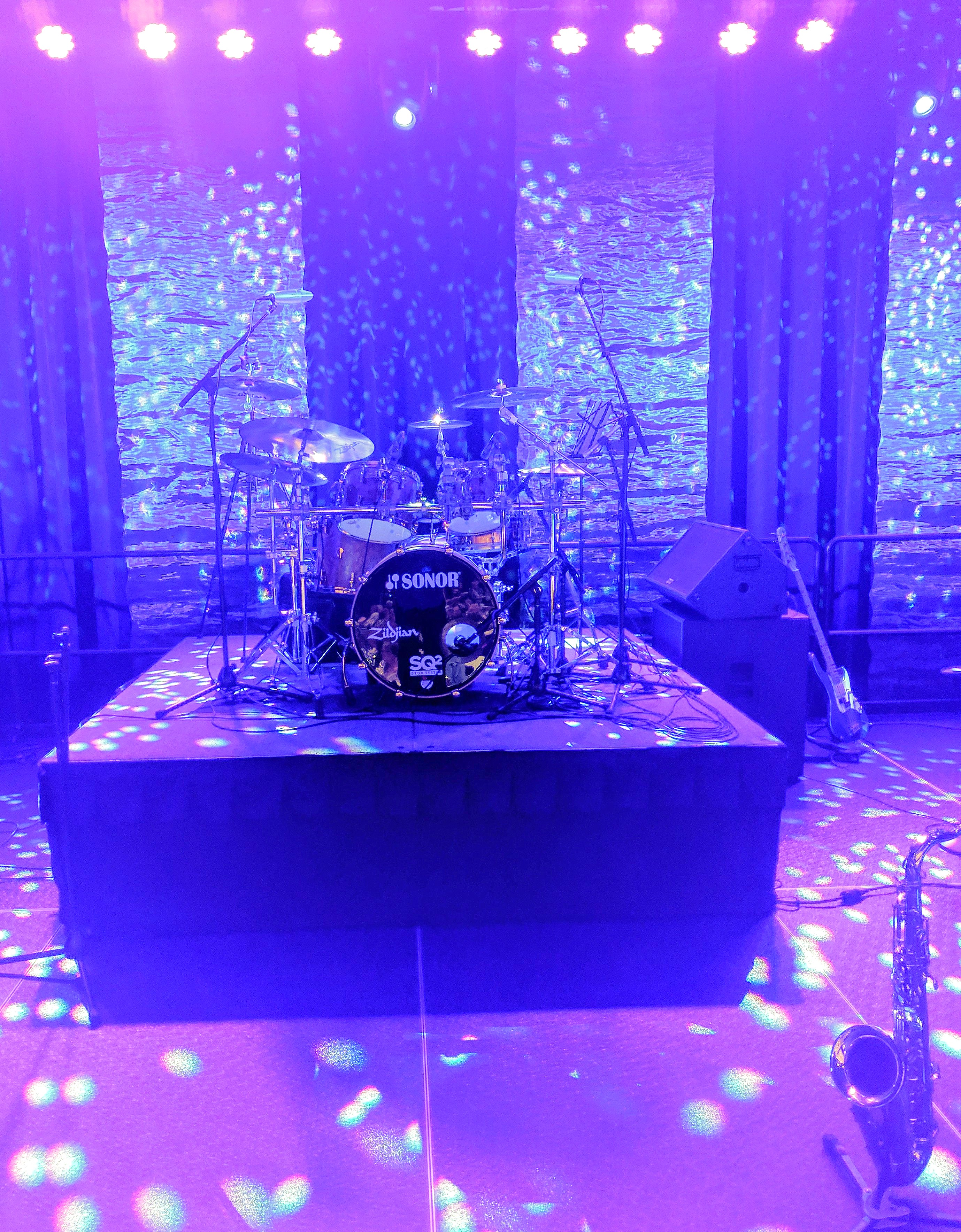 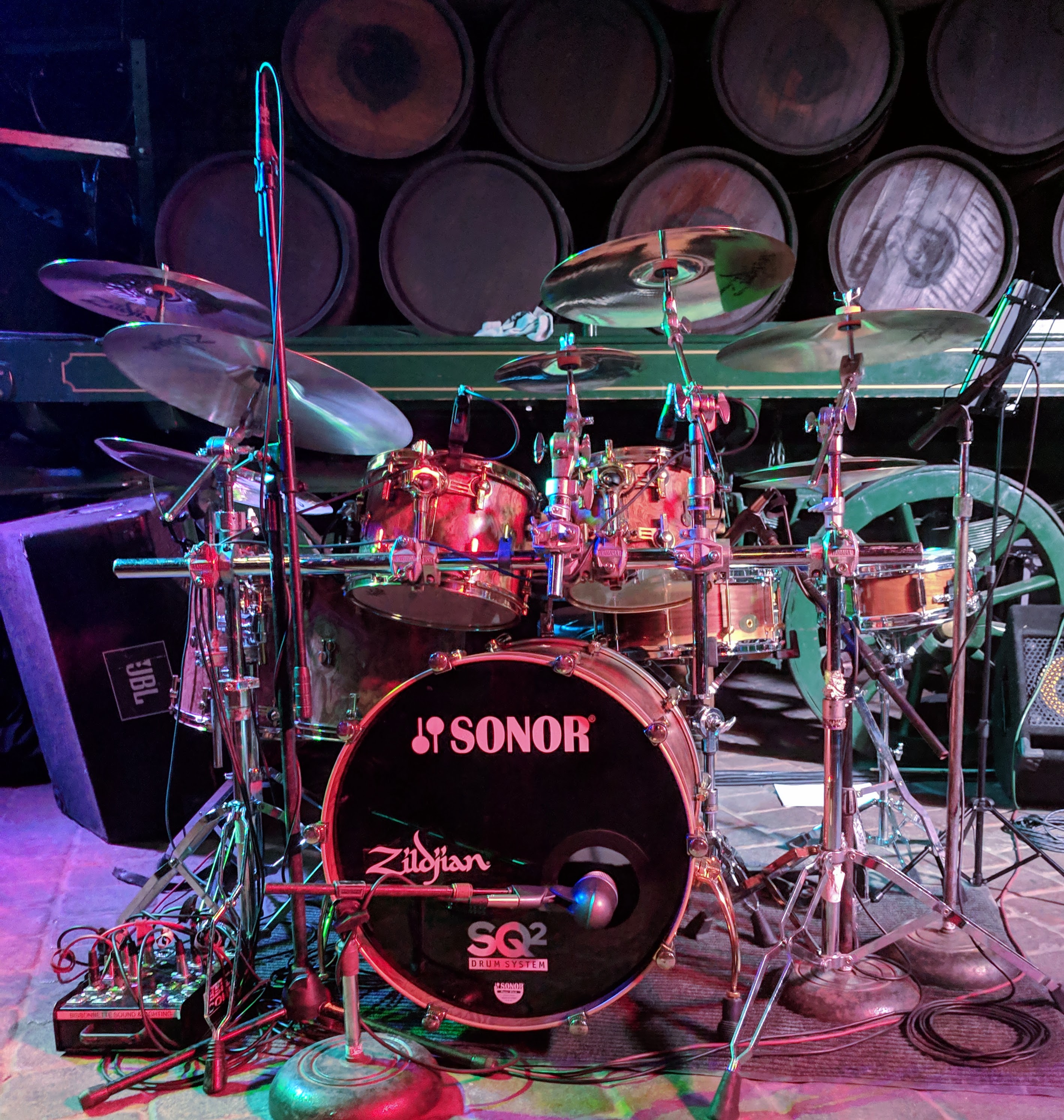 GREAT DRUMSHOPS I LOVE AND DO BUSINESS WITH. HIGHLY RECOMMEND . PLEASE SUPPORT !